Byron Pulls Out of Gulf of Mexico Well 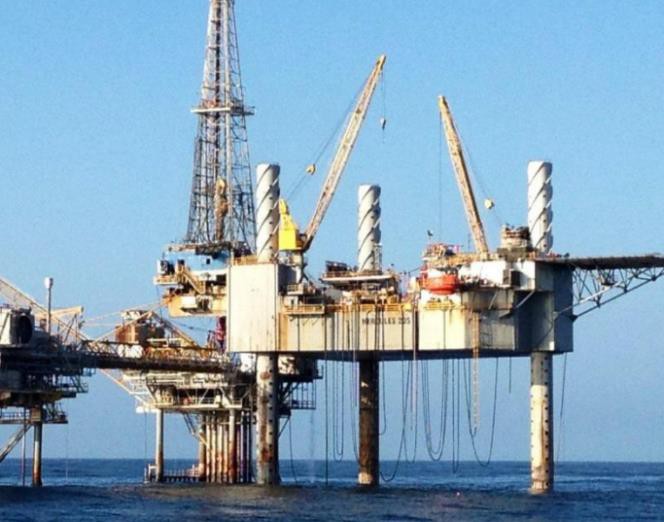 After attempts to free stuck drill pipe failed, Byron Energy, the operator of several blocks in the Gulf of Mexico, has temporarily abandoned its SM 6 # 2 well in the U.S. Gulf of Mexico, and is now preparing to spud the SM71 #1 well.

The SM-6 #2 well, the first one to be drilled as part of Otto’s farm-in transaction with Byron announced in December 2015, was spud in February, and the drilling was initially planned to take 40 days.

Later on March 23, 2016, the SM 6 #2 bypass well reached a depth of 8,085 feet MD, 40 feet below the depth of the SM 6 #2 original hole and was drilling in shales without any difficulties. At this depth, the bit was pulled up 20 feet to perform a planned sweep and back ream, an operation that had been ongoing every 30 feet since the bypass drilling began. While the bit was off bottom, the drilling assembly became stuck although full circulation was maintained.

Over the course of the next 36 hours the mud-weight was altered, additional sweeps were pumped and jarring operations were performed while circulation was maintained. However, the drill pipe remained irretrievably stuck and the decision was made to temporarily abandon the well. Byron will undertake post well studies of engineering, drilling and geology to understand what, if any, options are available regarding future utility of the wellbore.

The operation to temporarily abandon the well bore was completed on Monday, March 28, 2016 USA Central Standard Time. The rig was then mobilized to South Marsh Island 71 where it is currently on location and will soon be jacking up in preparation to spud the SM 71 #1 well later this week. Because the SM 6 #2 well failed to reach the base of the G 20 Sand Byron’s partner, Otto Energy, did not earn an interest in the SM 6 lease, hence Otto is not required to reimburse Byron for past costs and is only obliged to pay its share of the cost of drilling and abandoning the SM 6 #2 well.

As a result, Byron, through its wholly owned subsidiary Byron Energy Inc., the operator of SM 6, retains a 100% Working Interest (WI) and 81.25% Net Revenue Interest (NRI) in SM 6. Otto does retain the right to earn an interest in the SM 6 lease by participating in any potential future SM 6 Substitute Well, and satisfying the terms of the participation agreement.

Despite the drilling difficulties, the SM 6 #2 forecast cost through the planned temporary abandonment operations, is below the initially estimated cost of $8 million subject to receipt and review of all remaining invoices. Byron will now review the development plans for SM 6 consistent with the Development Plan Operations Coordination Document filed with BOEM and the Suspension of Operations granted by BSEE.

Otto has notified Byron that it will exercise its option to participate in the drilling of SM 71 #1 well, located offshore Louisiana, 250 km southwest of New Orleans, Louisiana, USA, in water depth of approximately 131 feet (40 metres). The SM 71 # 1 well is expected to spud late this week, using the Hercules 205 drilling rig. The SM 71 #1 well will be drilled to a planned total depth of approximately 7,452 feet MD (2,271 metres) which is a total vertical depth of 6,900 feet (2,103 metres). It is anticipated that the well will take 20 days to drill and evaluate.

Byron Energy Inc. is the operator of SM 71. Under the PA, Otto will pay 66.67% of the estimated dry hole costs ($4.5 million) to earn a 50% working interest in the SM 71 and SM 70 leases. Otto’s promoted drilling exposure will be capped at $3 million net to Otto, after which both companies will bear their own proportionate share. Otto will also reimburse Byron $0.9 million for past costs incurred at SM 71. The SM 71 #1 well will target two objective sands.

Byron’s CEO, Maynard Smith said: “We are very disappointed at not having reached the primary target, the G20 Sand, with our SM 6 #2 well. Having consulted numerous engineers, reservoir and pore pressure experts the decision to temporarily plug and abandon the well bore was made by Byron, retaining the ability to re-enter the well at a later date should we decide to do so.”

Smith also said: “Notwithstanding the result of SM 6 #2 well, we are pleased that Otto has elected to exercise its option to participate in the drilling SM 71 #1 well, expected to spud late this week. The SM 71 #1 well is a lower cost and less complex well than the SM 6 #2 well with high impact potential to the company.”