Could England Pass Scotland in Oil and Gas Reserves? 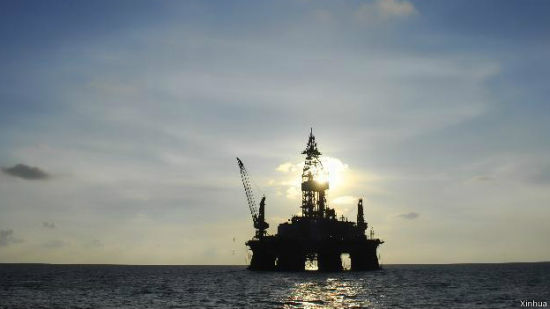 There was so much oil the Gusher actually hit the maximum capacity limit of its pumps. Only North Sea wells have produced oil at these rates in U.K. history. There are likely 20 million barrels of oil that can be accessed by the Gatwick Gusher.

“The flow test results are outstanding, demonstrating North Sea-like oil rates from an onshore well,” Steve Sanderson, the executive chairman of the company which owns the well, said in a statement. “This simple vertical well has achieved an impressive aggregate oil rate equivalent to 8.5 per cent of total UK onshore daily oil production.”

UKOG has a 30% direct investment in Horse Hill Developments, which is drilling the site.

According to government data, the rest of Britain only has 2.98 billion barrels of proven oil reserves onshore. American horizontal drilling techniques could allow even more oil to be accessed according to the study

Experts disagree on how much oil is left in the North Sea of which Scotland has about 90-95% of the UK’s reserves. Oil and Gas UK, the industry body, has predicted the industry will remain active beyond 2050 and that amount of unextracted oil would fill the equivalent of an estimated 15 to 24 billion barrels - while the UK government has made a lower estimate of 11 to 21 billion barrels. If the lower estimate is correct and the Gatwick estimates is proven to be accurate then England could well pass Scotland in proven reserves in the next 5 years.

“We are delighted, that this discovery has the serious prospect of being a meaningful addition to the UK’s own supply of oil in a period where North Sea production is declining more rapidly than expected,” Sanderson continued. “These results cause us to rethink and recalibrate many prior geological assumptions.”

Environmentalists, who worried the well could create an incentive for hydraulic fracturing in the U.K., began protesting against the Gatwick Gusher in February. Drilling in the area won’t require fracking according to the company which operates the well.