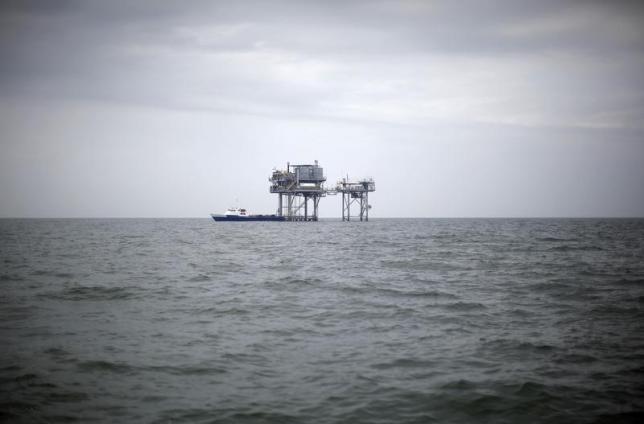 Some cash-strapped U.S. oil and gas companies are considering creating an unusual layer of debt as a way of surviving the rout in oil and gas prices, according to restructuring advisors.

Chesapeake Energy Corp (CHK.N) for example is considering the strategy to swap some of its roughly $9 billion debt.

Severely distressed companies may issue so-called 1.5 lien debt, sandwiched between the first and second liens, to raise new capital. Investors with a stomach for risk would get a better yield than for the top debt, and have a stronger claim than junior creditors if the company filed for bankruptcy.

Companies could also create a new, middle layer of debt to swap with existing bondholders, offering them the option of giving up principal to jump the queue for repayment in the event of a bankruptcy.

But 1.5 liens, which often have longer maturities that help companies buy time to pay existing bondholders in full, are a sign of desperation that would anger junior creditors, restructuring experts said.

Only six companies have done 1.5 lien deals over the past several years, according to Moody's Investors Service.

The swap would make sense for Chesapeake because its bonds maturing in 2017 and 2018 are trading at depressed levels, analysts said.

"This happens when the market kind of constricts," said John Rogers, senior vice president at Moody's. "(You) see it in deals where the company is overlevered and has a maturity coming up."

Roughly one-third are at a high risk of filing bankruptcy this year, according to consulting firm Deloitte.

Chesapeake has said it has no plans to file for bankruptcy, and declined to comment.

Chesapeake offered to swap new second liens for unsecured notes last year, but few holders of its bonds maturing in 2017 and 2018 participated.

Chesapeake executives said on a February conference call that they were looking to reduce or remove those maturities.

Citigroup Inc (C.N) said, in an analyst note last week, that Chesapeake may target those holders in a 1.5 lien exchange that would buy the company time until oil and gas prices recover.

Senior debtholders, usually banks which have extended revolving credit lines to oil and gas companies, often balk at 1.5 lien debt which could reduce their control over the collateral, bankers and attorneys familiar with the deals said.

Second lien lenders may protest because the new layer of debt would come above theirs.

Companies considering such deals may have an uphill battle trying to convince investors that the new liens would be worth anything, since oil and natural gas prices have fallen so far in the past year.

U.S. benchmark West Texas Intermediate crude oil fell 77 percent in the past 12 months before seeing some recovery in recent weeks.

Samson Resources Corp, which is owned by private equity firm KKR (KKR.N), proposed to raise new money by issuing 1.25 lien debt, and swapping out old debt into a 1.5 lien layer, before it filed for bankruptcy in September.

The deal was never finalized because it would have left Samson with too much debt and the continued collapse of gas prices made it impossible.

The latest announced 1.5 lien swap was completed by iron ore miner Cliffs Natural Resources Inc (CLF.N) in February. The deal cut about $300 million of debt by allowing noteholders to swap into new 1.5 lien debt for a reduction on their principal.

Apollo took Realogy Holdings Corp (RLGY.K), a franchisor of real estate brokerages, private for about $6.65 billion in 2007, right before the housing bust. Until then, the company had never turned a profit, but in 2012 it was able to raise 1.5 lien financing and complete an initial public offering.