Nearly Half of North Sea Oil Fields 'Will be Unprofitable' 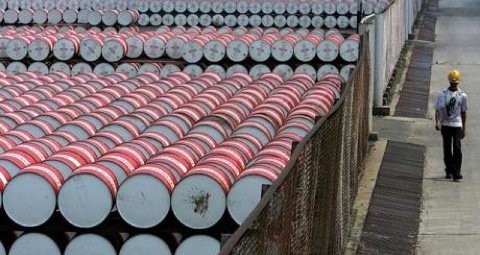 Nearly half of the North Sea's oil fields will be unprofitable if the price of oil stays low this year, experts say.

Job cuts totalling more than 70,000 have helped slash the cost of operating in the North Sea by 40%, according to industry body Oil and Gas UK.

Companies remain wary of investing, however, and the industry is expected to spend less than £1bn on new projects this year - down from an average of £8bn in the last five years.

In its latest report, Oil and Gas UK said urgent tax reforms are needed to encourage growth and make the North Sea more attractive to investors.

The cost of extracting a barrel of oil from the North Sea has fallen to around $21 but 43% of fields will run at a loss in 2016 if the price stays around $30.

"While the industry’s decades of experience provide great depths of knowledge and expertise which can be applied to recover the still significant remaining resource, the report highlights the challenges that the falling oil price poses in our capability to maximise economic recovery of the UK’s offshore oil and gas.”

Exploration of new oil and gas reserves is at an all-time low and the pace of North Sea decommissioning is accelerating.

Some 21 fields were shut down last year and more than 100 fields are expected to cease production by 2020.

Responding to Oil and Gas UK's latest report, Scottish Labour energy spokesman Lewis Macdonald said: "We agree with Oil and Gas UK that the fiscal regime has to change.

"It's unlikely that the North Sea will ever produce the billions in tax revenues it did at its peak and government has to recognise its importance to jobs and the economy is much greater than its future role as a source of government tax revenues.

"At the same time, we need to see government and industry working together on sharing risk and extending the life of marginal fields.

"This is not just about taxation but also about direct investment in the sector following the success of seismic exploration by the Oil and Gas Authority.

"Any tax breaks the industry gets have to go hand-in-glove with clear commitments on maintenance of vital infrastructure, environmental protection and safe working offshore.”