Norway’s Remaining Resources to Last for Lecades to Come 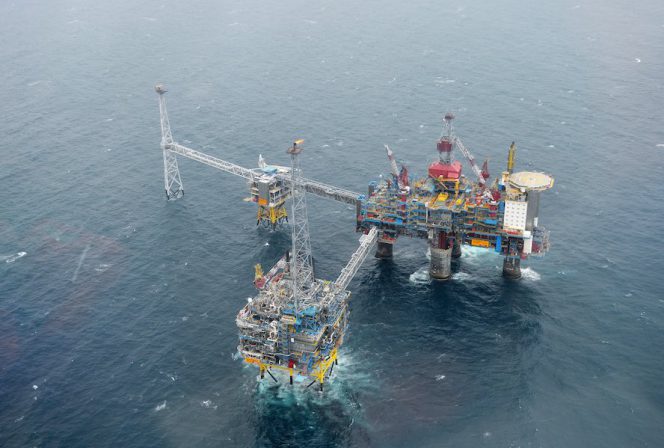 The Norwegian Petroleum Directorate’s updated estimate for undiscovered resources shows that the total remaining resources on the Norwegian shelf can provide a basis for oil and gas production for decades to come.

NPD, a government agency whose task is to manage the oil and gas resources on the Norwegian Continental Shelf, said that its Resource Report 2016 presents the Directorate’s new long-term projections for undiscovered resources on the shelf.

The changes since the 2013 resource report are insignificant, in spite of the 57 discoveries made during this period, the agency said on Thursday.

The NPD estimates that nearly three billion standard cubic metres (Sm3) of oil and gas on the shelf have yet to be discovered. Nearly half of the undiscovered resources are in the Barents Sea, while the rest are equally distributed between the North Sea and Norwegian Sea. There was a minor decline in undiscovered resources in the North Sea and Norwegian Sea, but this is offset by an increase in the Barents Sea, the NPD noted.

According to the agency, continued high exploration activity is needed in order for the undiscovered resources to contribute toward maintaining production starting from around 2025, and to create values for the industry and for society at large over a long-term perspective.

An analysis that the NPD presents in the resource report has established that exploration activity on the Norwegian shelf between 2000 and 2014 has created values in all sea areas on the shelf.

The North Sea has seen the greatest positive contributions in both exploration activity and resource growth, with Johan Sverdrup being the largest contributor to this value creation, the agency stated.

According to the agency’s data, the total net cash flow from discoveries during the period has been estimated at nearly NOK 2000 billion after exploration costs are deducted. The value is greatest in the North Sea, with a net cash flow of about NOK 1400 billion. The corresponding figure for the Norwegian Sea and the Barents Sea totals NOK 500 billion.

The fact that discoveries are still being made after 50 years of exploration activity shows that the Norwegian shelf is an attractive petroleum province, the NPD inferred. Activity has been high over the last ten years, with an average of about 40 exploration wells per year. A total of 56 exploration wells were spudded in 2015, while the NPD expects that about 30 wells will be drilled in 2016.

At the end of 2015, there were 53 companies on the shelf, which is double since 2000, with most of these companies active in the exploration phase. New players mean greater diversity, and, overall, this contributes toward a higher discovery rate and increased values.

The oil and gas industry is currently experiencing a period characterised by low oil prices and considerable challenges and that is why the agency notes the importance of having a long-term perspective.

According to the NPD, the purpose of the resource report is to increase understanding of the resource base on the Norwegian shelf and thereby contribute to sound decisions for future value creation.