Some North Sea Assets Should be Taken into Public Ownership 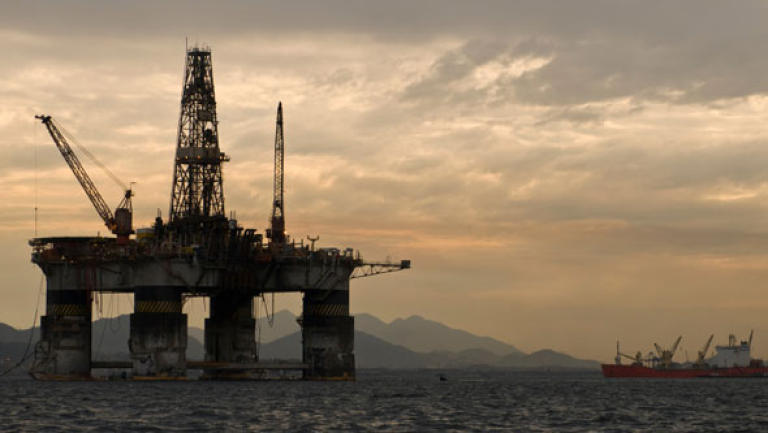 Important North Sea oil and gas assets which are at risk of being decommissioned due to the low oil price should be nationalised, according to the Scottish Labour leader.

Ahead of Wednesday’s Budget, Kezia Dugdale has called on the Chancellor to create a new public body - UK Offshore Investment Limited (UK OIL) - which would temporally take a stake in assets which would return to profitability after the oil price rises to $60 per barrel (pb).

Currently North Sea oil is around $40pb after falling to as low as $27pb in early February.

Under the proposals the UK Oil and Gas Authority would conduct a review in partnership with UK OIL to identify which assets have a long-term future with government help. Those assets identified as either returning to profitability in the future or important in the production cycle of other profitable assets will see government investment.

Kezia Dugdale said: "This Budget has to see the Chancellor invest in the future of Scotland. Recent figures showed how sharply revenues from oil and gas have fallen in recent years. The low oil price means a continued risk to Scotland’s economy and to jobs across the country.

"We believe that the UK Government should step in and share the risk when times are tough. Our proposal for a new UK OIL agency would help to prevent assets, such as platforms and pipelines, being lost earlier than planned."

Despite this being a reserved matter the policy was announced by the Scottish Labour leader and not her Westminster counterpart.

Commenting on the policy Labour’s Shadow Chief Secretary to the Treasury, Seema Malhotra, said: "At tough times such as these, the UK government should step in to support our oil and gas industry as an essential part of the UK and Scottish economy.

"We need to do all we can to protect jobs and to make sure that important assets in the North Sea are protected for the future and not decommissioned early.

"Labour would support investment in the industry to make sure that there is a bright future for the North Sea when oil prices begin to recover."

A spokesperson for the Treasury said: “This government is clear that the broad shoulders of the UK are 100 per cent behind our oil and gas industry and the thousands of workers and families it supports.

“We have established the Oil and Gas Authority to drive greater collaboration and productivity within industry, and announced a radical £1.3bn package of tax measures in the March 2015 Budget to ensure the UK Continental Shelf (UKCS) remains an attractive destination for investment and safeguard the future of this vital national asset.

"In January this year we announced a further package of measures including another £20m funding for a further round of seismic surveys, and our strategy to maximise economic recovery of the UKCS. We look forward to the industry capitalising on this, to deliver efficiencies and make the industry more robust now and for the future.”

The Scottish Government however reiterated their call for the UK government to provide a loan guarantee scheme.

“The Scottish Government has repeatedly called for reform to the fiscal regime, including a substantial reduction in the headline rate of tax and improved access to decommissioning tax relief to prevent the premature cessation of production.

“The Deputy First Minister wrote to the Chancellor in February to call on the UK Government to consider a direct intervention, such as the introduction of a Government loan guarantee scheme, which could improve access to working capital and ease borrowing constraints. This could provide a crucial lifeline to many companies operating in the North Sea and also help to avoid a domino effect across the sector.