UK Oil and Gas Sector on Brink of Disappearing 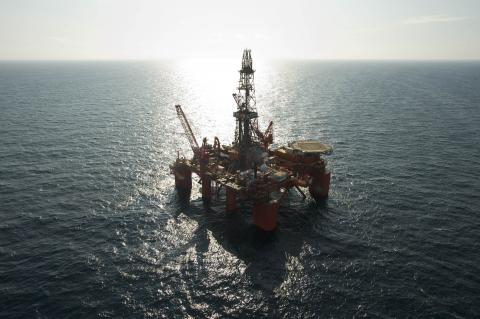 The head of a Tyneside company that has shed 2,500 jobs in the last three months has made a personal plea to Chancellor George Osborne to save his industry.

OGN chairman Dennis Clark said the UK’s oil and gas industry, which has seen massive job losses this year as a result of the global slump in oil prices, could disappear altogether unless the Government acts to help it reduce costs.

Mr Clark has written to Mr Osborne calling on him to remove an additional tax on companies operating in the North Sea, which he says are driving multi-national offshore firms to quit the UK for more competitive regions.

options other than to shut down or sell themselves off for low valuations.

In his letter to the Chancellor, Mr Clark says: “There is now a very real danger that operators will desert the UK Continental Shelf for more favourable exploration and production climates. If we allow our oil and gas producing fields to be shut down, it will be almost impossible to re-open them.

“Investment in the North Sea with oil at $45/50 dollars a barrel is not economically viable for most operators. We are no longer competitive.

“Unless we can improve the long- term investment potential of the North Sea, capital will continue to migrate to other locations. It is already happening. Most of the smaller players are struggling to survive and cannot contemplate further investment.

“It seems that our future rests with the larger operators and we must find a way to make the UK Continental Shelf more attractive to them in order to regenerate the major projects that have been postponed or cancelled.”

Bosses at OGN have become increasingly frustrated that work in the North Sea is going to foreign firms, even though it is being subsidised by the Government.

Mr Clark estimates that 30,000 jobs have been lost in the UK fabrication industry, many of them in the North East.

His plea for Government action has come just a few days after business advisory group KPMG published a report saying that the slump in oil prices is leading to a downward spiral for the UK offshore industry.

Mark Andrews, KPMG’s UK head of oil and gas, said: “As the oil price begins dipping below US$40 a barrel, and with no sign of a recovery in the short term, it is turning into the nightmare before Christmas for the sector.

“Companies with cashflow constraints or large debt burdens are concluding that weathering the storm of low prices may not be possible for the length of time now forecast. They are now considering mergers and acquisitions at valuations closer to those of buyers, who have until recently kept their powder dry, and we therefore expect an increase in deal flow across the sector.

“The continued low price has also cemented the idea that ‘lower for longer’ is here to stay in 2016 and hence, the willingness, and ability, of companies to continue to operate marginal fields is reducing.

“In some instances, this will result in earlier than anticipated cessation of production and the acceleration of the associated decommissioning burden. The impact could be a domino effect, raising the very real possibility of significant resources being left in the ground, as the cost of maintaining ageing infrastructure mounts for certain mature, late life assets that remain active.”

OGN is not the only North East firm to feel the effect of the oil slump.

Firms including DeepOcean, MHWirth, Archer and Flexlife have all cut staff because of the crisis in the sector.

A Government spokesperson said: “The UK’s oil and gas industry supports thousands of jobs and we want to make sure it’s in the best possible position to manage this challenging period.

“We can’t control the price of oil - but we announced a package of support in the March budget that is expected to encourage over £4 billion of additional investment in the industry over the next five years.

“We delivered on the Wood Review recommendations and established the Oil and Gas Authority, and last month set out our strategy to maximise economic recovery of the UK continental shelf through better collaboration between companies and improved cost-efficiency.

“We look forward to the industry capitalising on this, to deliver efficiencies and make the industry more robust now and for the future.”