Leviathan Partners and BG Close to $30b Egypt Gas Deal 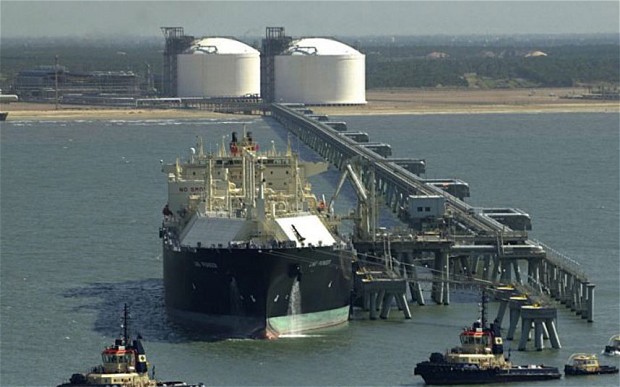 The plan is to sign the contract before Shell completes its acquisition of BG next month.

The Leviathan partners and British Gas (BG) are negotiating the final details of a contract for exporting Israeli natural gas to Egypt, and will sign it in the coming weeks, senior sources in the gas companies said today. According to the sources, the plan is to sign the contract before Shell Oil completes its acquisition of BG next month. Representatives of the companies in Israel have been holding marathon meetings with BG representatives in London in recent weeks.

The parties signed a letter of intent in June 2014, under which the Leviathan gas reservoir would supply 105 BCM of gas to BG’s gas liquefaction facility in Idku, Egypt over 15 years. The value of the huge deal, involving the export of one sixth of the Leviathan gas reserves, was estimated at $30 billion, and was designed to make it possible to finance Leviathan’s development. The parties have not yet signed a final agreement, due to regulatory problems, mainly in Israel. The entry into the picture of Shell Oil, which intends to acquire BG for $70 billion, raised the question of whether such a deal could take place in the future.

Shell Oil does not mention Israel, Egypt, or the Middle East in general in its list of countries on which it plans to focus. The company announced that it planned to sell $30 billion of BG’s assets in order to focus on two main sectors: deep water natural gas reservoirs and liquid natural gas (LNG) (Shell already controls 7.2% of the world’s LNG reserves). Among other things, Shell wants to concentrate on Brazil and Australia, North America, East and West Africa, and the North Sea.

The companies, however, assert that the contract will be signed soon. A senior source in one of the gas companies confirmed that the negotiations were in the final stage, and asserted that the final contract would be signed in the first quarter of 2016. A senior source in another gas company asserted that the parties intended to sign the deal before Shell Oil’s acquisition of BG is completed. In exactly one month (January 27-28), the BG board of directors will vote on the completion of the acquisition deal. While the BG board is expected to approve the acquisition deal, there is disagreement on the board (when Shell Oil announced the BG acquisition, it predicted that the price of oil would be $70 a barrel, but it has since plunged to $40). Nevertheless, Shell Oil CEO Ben van Beurden is pushing for the completion of the deal.

What has help advance the completion of the gas export deal is the amendment in the Natural Gas Law included in the Economic Arrangements Bill passed in November. Under this amendment, the Minister of National Infrastructure, Energy, and Water Resources is entitled to grant a license to build a pipeline for exporting natural gas to a foreign company without a tender. This amendment will enable BG to build a pipeline connecting Leviathan with its liquefaction facility. It is believed that BG plans to build a single pipeline to Egypt from Leviathan and the Aphrodite reservoir in Cyprus. Last month, BG announced that it was acquiring 50% of Noble Energy’s stake in the Cypriot reservoir (35% of the reservoir), and is expected to receive approval for the acquisition from the Cypriot government next month.

At the same time, one day after Minister of National Infrastructure, Energy, and Water Resources Yuval Steinitz announced that he was approving the first contract to export gas from the Tamar reservoir to the Dolphinus company in Egypt, Egyptian President Sherif Ismail announced that his government would not allow Egyptian companies to import gas from Israel. He was quoted in the Egyptian press as saying that the Egyptian government was committed to an order given two weeks ago that any negotiations concerning imports of gas from Israel should be halted.

Egypt made this announcement after a judgment was handed down in international arbitration that the Egyptian government would have to pay Israel Electric Corporation (IEC) (TASE: ELEC.B22) $1.76 billion for damages caused the company as a result of Egypt’s failure to supply gas, a breach of the 2011 Israeli-Egyptian gas agreement. Sources close to the Leviathan-BG deal, however, expressed surprise that Ismail had repeated his statement. They assert that he is expected to approve the BG-Leviathan contract and a future deal between Tamar and Union Fenosa, which also has a liquefaction facility in Egypt.