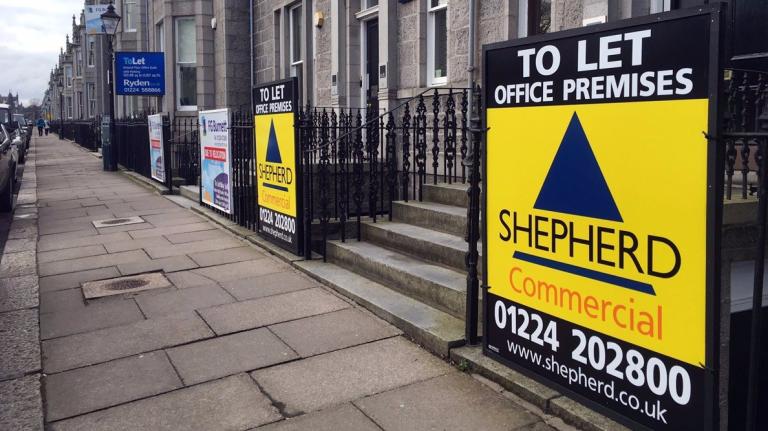 Aberdeen's office market is facing a "perfect storm" of low demand and high supply, according to property experts.

The take-up of office space fell 61% last year, making Aberdeen and Bristol the only cities in the UK where demand dropped.

Around two million square feet of offices are sitting unused in Aberdeen, according to Knight Frank.

The firm blamed the decline on the oil crisis, which has caused a dramatic drop in North Sea investment and widespread job losses.

The hotel industry has also been hit, with a number of high-profile projects cancelled and a drop in occupancy. The cost of a hotel room in Aberdeen has fallen by around a fifth over the last year.

In its latest Aberdeen Office Market Report, Knight Frank economists said: "What we will encounter in this current cycle is a 'perfect storm' of low demand and high supply.

"This will lead to significantly increased tenant incentives, possibly with shorter lease terms and inevitably rent reductions in older stock."

Knight Frank partner Eric Shearer said: "In any market a fall in demand coupled with an increase in supply represents a significant hurdle and that is exactly what we faced in Aberdeen in 2015.

"That will continue in 2016 and it would be remiss to attempt to put any gloss on the data our research team has published today, the figures speak for themselves.

"The most important thing is to use the information to focus minds and ensure a positive response."

Despite the drop in demand, a series of large office developments are under way in Aberdeen, including Marischal Square, the Capitol and the Silver Fin Building.

Property developer Dandara recently scrapped plans for a £20m office block in the city centre and now plans to turn the site into student flats.