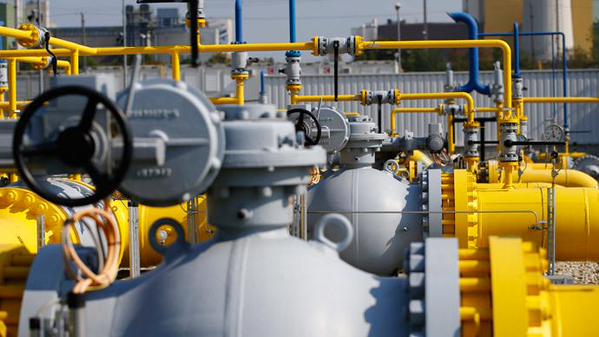 Oil headed for the longest run of weekly declines in almost three decades on signs the supply glut that drove prices to a six-year low will be prolonged.

Futures fell as much as 1.6% in New York, set for an eighth weekly drop. The U.S. pumped crude in July at the fastest pace for the month since at least 1920, the American Petroleum Institute reported Thursday. The nation’s stockpiles are almost 100 MMbbl above the five-year seasonal average, weekly government data showed Wednesday.

Oil has slumped more than 30% since this year’s closing peak in June amid speculation the global surplus will persist. Leading members of the Organization of Petroleum Exporting Countries are maintaining output, while Citigroup Inc. predicts crude may slide to as low as $32/bbl, a level last seen during the world financial crisis.

“The extent of excess supply is not something that demand is going to grow into in the near future,” Ric Spooner, a chief analyst at CMC Markets in Sydney, said by phone. “If we’re going to avoid downward pressure on prices, it’s going to have to come from production cuts.”

West Texas Intermediate for October delivery lost as much as 67 cents to $40.65/bbl on the New York Mercantile Exchange and was at $40.79 at 1:43 p.m. Singapore time. The volume of all futures traded was about 26% above the 100-day average. The September contract expired Thursday after rising 34 cents to $41.14. Prices have decreased 5.4% this week.

U.S. crude output climbed 8.8% from a year earlier to 9.52 MMbopd in July, the industry-funded API said in its monthly report. Production of natural gas liquids, a byproduct of gas drilling, gained 10% to a record 3.37 million.

OPEC’s two South American member nations are “outlining a single strategy to defend the position of oil-producing countries,” Venezuela’s Foreign Minister Delcy Rodriguez said on state television alongside his Ecuador counterpart Xavier Lasso. They plan to submit proposals to the Vienna-based group, which supplies about 40% of the world’s oil.

In China, a manufacturing gauge fell to the lowest level in more than six years, signaling the economy may need further policy support to stem a deepening slowdown. The preliminary Purchasing Managers’ Index from Caixin Media and Markit Economics was at 47.1 for August. The Asian nation is the world’s largest oil consumer after the U.S.

Nineteen of 41 analysts and traders, or 46%, were bearish on WTI in a Bloomberg survey Thursday. Ten were bullish on futures while 12 said they’re neutral.