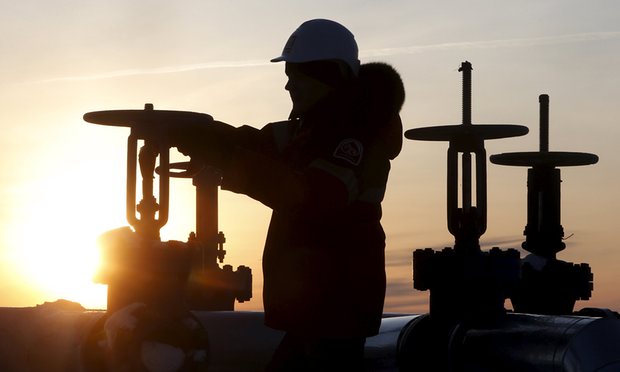 A meeting between Opec and non-Opec oil producers to discuss a freeze in output has run into last-minute trouble in Qatar over what looked like a new spike in tensions between Saudi Arabia and Iran, according to sources.

In an attempt to rescue a deal to bolster the flagging price of crude, oil ministers met with the Qatari emir, Sheikh Tamim bin Hamad Al Thani – who was instrumental in maintaining levels of output.

According to sources, Saudi Arabia said it wanted all Opec members to attend talks, despite insisting earlier on excluding its regional arch-rival Iran because Tehran had refused to freeze production.

“The Saudis changed everything early this morning,” an Opec source said. “They want all Opec members to join first.“

Failure to reach a global deal – the first in 15 years between Opec and non-Opec nations – would signal a renewed battle for market share between key producers and likely halt the recent recovery in prices.

Brent oil has risen to nearly $45 a barrel, up 60% from lows in January, on optimism that a deal would help ease the supply glut.

Saudi Arabia has taken a tough stance with Iran, the only major Opec producer to have refused any freeze. Tehran says it needs to regain market share after the lifting of international sanctions against it in January.

Deputy crown prince Mohammed bin Salman told Bloomberg that the kingdom would restrain its output only if all other major producers, including Iran, agreed to do likewise.

More than a dozen nations inside and outside the Organization of the Petroleum Exporting Countries have officially confirmed they would attend the meeting in Doha but the role of Iran remains key.

“We have told some Opec and non-Opec members like Russia that they should accept the reality of Iran’s return to the oil market,” Iran’s oil minister, Bijan Zanganeh, was quoted as saying on Saturday. “If Iran freezes its oil production ... it cannot benefit from the lifting of sanctions.”

A draft agreement circulating in Doha and seen by Reuters said countries’ average oil production in each month should not exceed January 2016 levels. The freeze would last until October, when producers would meet again in Russia to review any deal.

Although a freeze would be a significant step for oil producers, it would have only a limited impact on global supply with the market unlikely to rebalance before 2017, the International Energy Agency said on Thursday.