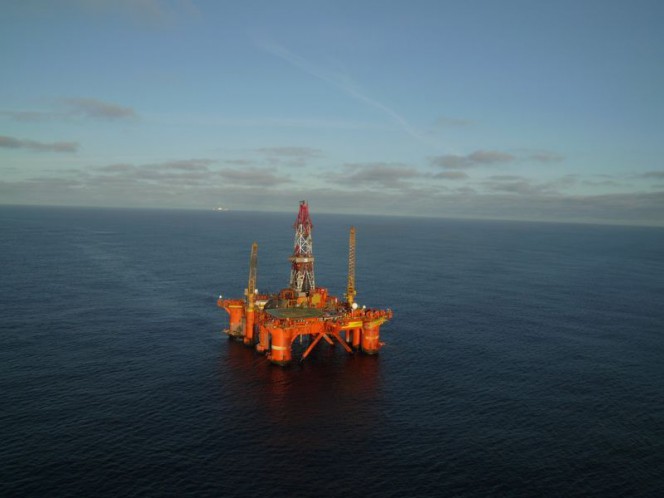 Statoil is in the process of completing the drilling of wildcat wells 30/11-11 S and 30/11-11 A, offshore Norway. One well is dry, the other proved to be a minor oil discovery, and both will be permanently plugged and abandoned.

Statoil is the operator of production licence 035/272, Krafla, located in the Norwegian sector of the North Sea.

According to the Norwegian Petroleum Directorate (NPD), the primary exploration target for wells 30/11-11 S and 30/11-11 A was to prove petroleum in Upper to Middle Jurassic reservoir rocks (Tarbert formation) in two nearby fault blocks. The secondary exploration target was to prove petroleum in Middle Jurassic reservoir rocks (Ness formation).

The directorate reported that the well 30/11-11 S encountered a 25-metre oil column in the upper part of the Tarbert formation, of which 22 metres had moderate to good reservoir properties. Well 30/11-11 A encountered a corresponding reservoir in the Tarbert formation, but it is aquiferous with traces of hydrocarbons. The well is classified as dry.

Both wells proved sandstones with moderate to good porosity in the Ness formation, but these were aquiferous, the NPD said. Preliminary estimation of the size of the discovery in well 30/11-11 S is between 0.2 and 0.5 million standard cubic metres (Sm3) of recoverable oil. Data acquisition and sampling have been carried out in both wells.

The wells are the 12th and 13th exploration wells in production licence 035, awarded in the second licensing round in 1969. Water depth is 106 metres. The wells will be permanently plugged and abandoned.

Wells 30/11-11 S and 30/11-11 A were drilled by the Songa Delta drilling rig. The results from the wells will not affect future drilling of the exploration campaign in the area.

The directorate added that the campaign would continue with the same drilling rig in the same production licence, with wildcat well 30/11-12 S and potentially 30/11-12 A if the structure warrants an appraisal well.